The Lives and Ministry of Eric & Beth Yodis

It’s been 100 days since Donald Trump was inaugurated as President and more than 5 months since the election. Just like you, we went to bed on election night thinking Hillary was going to be the first female president of the United States. Just like you, we were surprised, if not shocked, to wake up and see Donald Trump had been elected by a majority of the people in a majority of the states to be the next president of the United States. My response – laughter. Maybe it was the irony, the surprise, or symptoms of PBA that made me laugh. I don’t know and it appears that many people don’t think his  victory was so funny, but I have found it is better to laugh at things you can’t control than to throw bricks through coffee shop windows.

We were in the states for a few weeks after the passing of Beth’s dad and as time went on, I began to ask friends the same question Hillary should be asking, “What happened?” Here are some of the responses we got:

It was the last statement that intrigued me the most. Apparently Franklyn Graham had traveled the country on a 50 state prayer tour, praying and reminding Christians to pray for who would be the next president. Truly, when God’s people call on the name of the Lord, He hears their prayers. This doesn’t mean there weren’t people praying who supported Clinton, or that a majority of democrats actually want to keep the mention of God out of their platform.  However, when all the arguments are over, one thing is clear… many believers give God credit for answering their prayers – Donald is in and Hillary is not. 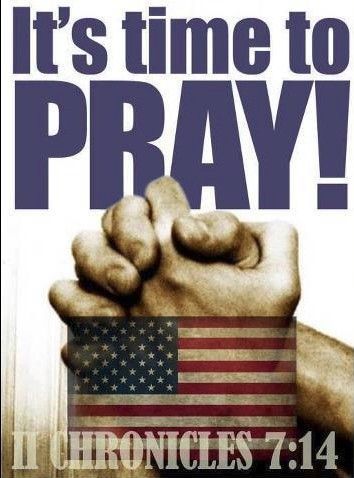 So we’re in the clear! Believers have done their job! Now let’s just sit back and see what mighty works Donald and staff do to make America great again. Right?!  Wrong!  The Bible is rife with examples of people whom God blessed and then they let down their guard, and life went sour. Samson, the wise King Solomon, King David, the nations of Israel and Judah, some of the 7 churches of Revelations and a host of other major and minor characters in the Bible all had times, when after having received God’s blessing, took that blessing for granted and forgot about God to one degree or another, and suffered accordingly.

If we keep/start doing these things, we can be sure that God will hear from heaven, forgive our sin and heal our land. My fellow Americans – let’s get our to-do list done.

4 thoughts on “Trump Is President – Now What?”